A lot changed for the UK’s electric vehicle (EV) charging infrastructure in 2022 – but really this is just the beginning.

EV charging provision across the UK is growing, becoming more sophisticated, and getting better at focusing on the consumer. So what does 2023 have in store for EV drivers new and old? 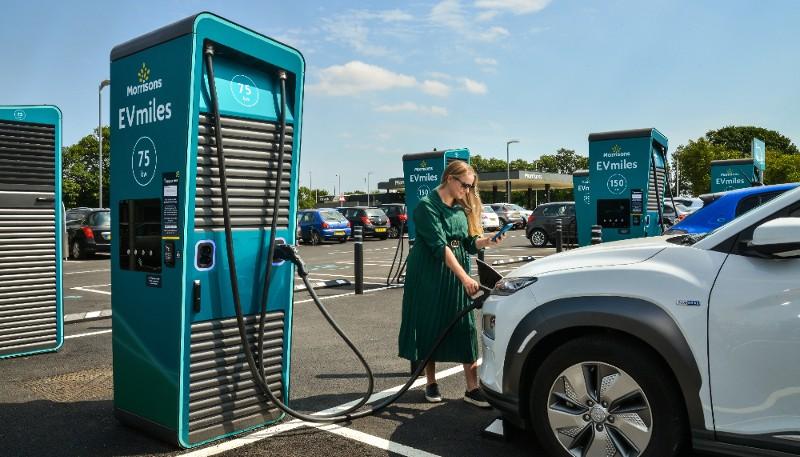 Ultra-rapid charging will expand at pace

At the end of November this year, there were 36,752 electric vehicle charging points across the UK. This represents a 29% increase in the overall number of EV charging devices since the end of 2021.

Some areas, however, grew more than others. Looking in a little more detail, you can see there was a 72% increase in the number of high-power, ultra-rapid devices across the country within the same time period.

Often found in ‘hubs’ of six devices or more, these ultra-rapid chargers are prime examples of ‘en route’ charging, when drivers want to charge their car as quickly as possible.

“In terms of the UK’s high-power charging network, which enables drivers to recharge quickly during longer journeys, these ‘en-route’ chargers are going in at a pretty good rate,” says Melanie Shufflebotham, Co-founder & COO at Zap-Map.

“Over the past two years, we’ve seen this network expand at pace, largely thanks to investment from the private sector. The most significant growth has come from the speediest ‘ultra-rapid’ charging devices, predominantly found at charging hubs near major roads and motorways.

While there are some limiting factors for the en-route network around land purchases and grid connections, the story here in 2023 will be broadly positive.

For example, announcements like Ofgem’s that motorway service areas and key trunk road locations will receive the cabling required to install thousands of new ultra-rapid charge points are, at the very least, a step in the right direction.

Alex Earl, Commercial Director at Zap-Map, is in agreement: “Looking ahead to 2023, I only expect this upward trend to continue for high-power chargers, with more and more hubs of 100kW+ chargers popping up across the country,” says Earl. “In contrast, your rapid 50kW chargers will continue to disappear in the rear-view mirror.”

En-route charging isn’t the only area where we expect to see significant growth in 2023, however.

2022 saw significant growth in the provision of on-street charging infrastructure. Found on residential streets, these devices tend to be either slow or fast chargers and, generally speaking, provide an alternative to charging at home.

Increasingly, councils and local authorities will join up with on-street providers such as Zap-Paypartners char.gy and Connected Kerb to provide drivers with alternatives to charging at home.

They will also take advantage of the government’s Local Electric Vehicle Infrastructure Fund, which aims to boost projects such as local EV hubs and innovative on-street charging solutions.

"I think we’ll see the highest number of chargers coming online from the slow, on-street sector,” says Earl. “And we’ll see a relative drop in the number of destination chargers, as OZEV rules on contactless chargers for 7.1kW and above start to kick in.”

As we know, there are a variety of use cases for public charging, so increasing the number of on-street chargers will not be a silver bullet. It may also prove difficult for operators to choose on- street sites in the short term while EVs are still in the minority.

“Looking ahead, an appropriate level of charging provision across all areas of the country will involve a mix of solutions,” says Shufflebotham.

“However, the scaling up of on-street charging, alongside the rollout of local high-powered hubs, will undoubtedly have a positive impact – and should encourage anyone considering switching to an EV to do so sooner rather than later.”

Community charging will come in handy

Community charging is where EV drivers share their home charger with others, providing an alternative charging option for those without access to a home device.

With the number of EVs on UK roads only set to increase in 2023, we see this charging option becoming increasingly useful for people across the country.

“As more people without off-street charging make the switch to electric, drivers will be looking for cheaper ways to charge – that aren’t public rapid chargers,” says Earl. “Using a shared home charger is a great way to keep costs down.”

Community charging can also benefit the homeowner. With the typical home charging point not being used for 90% of the time, sharing a home charger can bring in additional household income and help to offset the costs of buying an electric vehicle.

This is one of the reasons why Zap-Map partnered with JustPark in 2022. In October, JustPark’s community charging network JustCharge went live on Zap-Map. The partnership, which aims to make EV charging simple and accessible, offers Zap-Map users the ability to find and book almost 2,000 JustCharge community chargers directly through the Zap-Map app.

Looking ahead, there is certainly appetite for this type of charging. Zap-Map’s latest surveyfound that 20% of EV drivers would be prepared to share their home device, suggesting that community charging could well play an important role in the transition to electric vehicles.

“I think we are very likely to see more dual-tariff and time-of-use charging from networks in 2023,” says Alex Earl, Commercial Director at Zap-Map.

“I wouldn’t be surprised if we start to see more charge point operators joining char.gy and GeniePoint with time-of-use pricing as we enter 2023,” says Earl.

“I think we’ll also see greater differentiation of tariffs based on locations, a little like GRIDSERVE are doing. Again, this will be a step to manage utilisation and maximise revenue.”

However, Earl believes it’s slightly too early to see networks combining time-of-use tariffs with location-based tariffs: “It’s one to watch, certainly – but probably one for 2024 and beyond!”

In addition, with the continued energy crisis, we expect the cost of charging to remain at a higher level, with EV drivers increasingly looking to seek out the most cost-effective combination of home charging and different public charging options.

Indeed, as more and more drivers switch to electric, the so-called ‘pavement tax’ issue will only grow in significance over the next few years. There is a solution to this, however.

“The FairCharge campaign – which aims to bring the VAT rate on public charging in line with the VAT rate on domestic energy, bringing down costs for EV drivers without access to a home charger – is only going to become more important,” says Shufflebotham.

We may bid farewell to free charging

A major factor in this decline is that private sector investment is needed to grow the public network at scale and pace. In many cases, free charging provision is deterring investment, with operators not wishing to compete against such low-cost options.

Tech will get a lot smarter

From batteries and apps through to chargers and the cars themselves, there’s a lot of technology involved with electric vehicles.

While it's defnitely worth keppig an eye on some of the flashier tech – such as StoreDot’s extreme rapid charging battery technology – some of the more low-key solutions may actually have a greater effect on EV drivers in 2023.

"We can certainly expect to see an increase in low-tech solutions for kerbside charging," said Zap-Map Co-founder & CTO Ben Lane, in December 2021.

“These innovations are likely to include cable guides under pavements, more smart lamppost chargers, pavement pop-up and kerb-integrated systems, and mobile charging services – all designed to make charging easier for EVs parked on residential streets.”

Not only was Lane spot on, but this trend will continue as we enter 2023. From Urban Electric's retractable kerbside solution to Trojan Energy's 'lance' chargers "kerb-intergrated systems" have only just begun to peak their head above the pavement. We will see them both become increasingly prominent in 2023.