Three in five UK children say that they want to drive an electric vehicle. 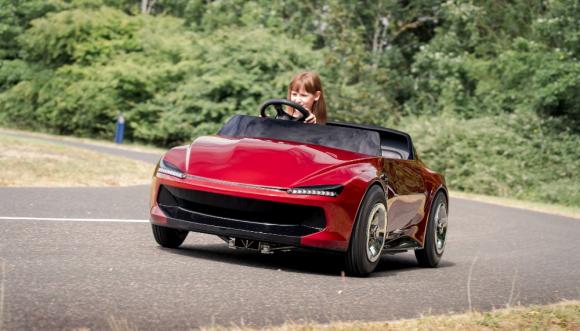 ABB research has found that UK children are “in driving seat of EV future” according to Zap-Map.

Children are already driving the EV revolution, despite not yet being able to get behind the wheel themselves, a new global survey has found. Conducted by ABB E-Mobility, the survey revealed that children not only educate their parents on environmental issues and admonish them for un-eco-friendly behaviour, but also contribute to discussions around purchases such as electric vehicles.

The study comprised of 2,500 parents (with children aged 8-16) and 2,500 children (aged 8-16), of which 10% were from the UK. The other international participants represented ABB E-mobility’s nine other largest markets: Canada, China, France, Germany, Netherlands, Norway, Sweden, Switzerland, and the US.

Its key findings demonstrate the crucial role that the next generation has to play in helping reduce emissions and enable a more sustainable future.

“It is encouraging to see that young people in the UK feel excited to drive electrci vehicles when they are old enough, and that they feel they have a say in their parents’ choice of car,” said Oliver Johnson, Business Development Manager for ABB’s EV charging solutions in the UK.

“In 2030, the UK will stop sales of petrol and diesel vehicles and 300,000 public chargers will be available, as well as countless private chargers. That’s only eight years away, the same age as an average car, which makes buying an EV an investment in the future as well as being the right thing to do, which is why we have committed to an all-electric fleet under our ABB Sustainability Strategy 2030.”

With over 8 out of 10 UK parents (82.8%) and three-quarters of UK children (75.6%) considering the current global environmental situation to be bad – more than the global average – the survey revealed a good deal of intergenerational interaction over the causes of climate change and the steps towards mitigating it.

To that end, 49.8% of UK parents said that they have been educated by their children on environmental issues.

Three in five UK children (60%) say that they want to drive an electric vehicle when they are old enough and have passed their driving test. This is more than the global average of 52.4%. Around a quarter of UK children (26.8%) want to drive a hybrid and just 13% want to get behind the wheel of a petrol or diesel car.

With 70.8% of UK children responding that they believe they influence their parents’ purchasing decisions over big ticket items like changing the family car, it is perhaps unsurprising that 80.2% of parents said they would switch to an electric or hybrid model if they were to buy a new car in the next three years.

More than half of UK parents (52.4%) also believe that an EV is a better financial investment than a petrol or diesel car.