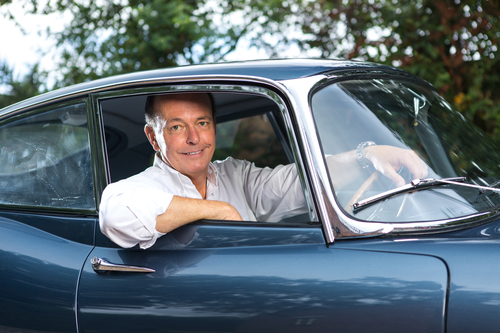 Motoring broadcaster and transport campaigner Quentin Willson writes his first exclusive column for Transport + Energy where he outlines his concerns about the amount of information doing the rounds designed to discredit the electric vehicle (EV) in all its forms and what can be done to combat this.

How has it come to this? The conservative right-wing rails against the liberal centrists because electrification – and the moratorium on sales of new combustion cars and vans after 2030 – is a sinister threat to the principles of free choice. The other day I was amazed to see the hashtag #SAYNOTOEVS. When did the noble vision of reducing tailpipe emissions become a threat to democracy? When did the goal of cleaning up our urban air become politicised? This week I also read a perfectly innocent Facebook question genuinely asking if buying an electric car was a good idea, only to watch it being ambushed by dozens of ‘experts’ explaining why EVs generate more whole-life pollution than combustion cars and that it would be better for the planet to buy a diesel. Honestly. Where does this stuff come from and why so much now?

The technological leaps in battery efficiency, range and reliability should be something society should celebrate. But instead this stellar progress is being demonised as a threat to individual freedoms. A decade ago when I was driving around in electric Mitsubishi iMievs, Citroen C-Zeros and Vauxhall Amperas nobody complained. They just smiled indulgently. But now things feel totally different. Electric cars have become Satan with regenerative brakes. Publicly haranguing a technology that can significantly reduce pedestrian level pollution in cities seems so bewilderingly mischievous that you genuinely wonder who is behind it. And that’s the dirigible-sized question that really concerns me. If all the anti-EV stuff you see on social media is just the re-heated posts of diesel die-hards then I don’t suppose we should worry too much. Keyboard warriors are a fact of life. But what if things are more organised?

Vested interests in The Old Order face serious disruption from EVs and that uncertainty must be making them feel a bit wobbly right now. If you consider the range of threats facing the oil and road fuel industry, car makers, parts suppliers, after-market repairs, workshop servicing and half-a-hundred other sectors, you can see there’s a mountain of investment that’s going to have to move elsewhere. In the US, Republicans in Congress are pushing back hard against Biden’s ambitious EV, battery and infrastructure programs and in Europe at least one major car maker has asked the EU to extend the ban on sales of new combustion cars and vans by five years to 2040. There are clearly furrowed brows. Would it be too much of an imaginative leap to suggest that some of those vested interests might be trying to lobby against EVs and electrification? A quiet campaign of disinformation? From what I’m reading and hearing, it sure feels that way.

Many would-be buyers I speak to are still trotting out the worn-smooth urban myths that were robustly disproved ages ago. And while its absolutely important to acknowledge that EVs aren’t for everybody and there are those who may never, ever want to drive one in their lifetimes, we mustn’t allow that haystack of myths to set back the progress of electrification or, worse still, alarm politicians enough to reverse legislation. Having campaigned for 11 years for lower fuel duty I’ve seen first-hand how important the votes of car drivers and the white van man are to the Conservatives. EVs could easily become a highly charged electoral issue (pardon the pun) and negatively influence future policy and government investment. Spinning the conflict between combustion and electric as a class war that disadvantages low income drivers in red-wall constituencies could throw a sizable spanner in No 10’s confidence. The world has been driving EVs for a decade and covered many millions of miles so we now have more than enough data to empirically disprove all of the anti-EV nonsense and then some. We need to get better at myth busting and telling more positive electric car stories before this war gets completely out of hand.

Marin Offiah of Connected Kerb commented 'When I read stuff like this I think to myself, REALLY!!!? Once the genie is out of the bottle you can’t put it back in. Do people really think the government is now going to say ok let’s go back to burning as much fossil fuels as possible? Evolution only goes in one direction, I thought Luddites would have learnt this by now. I mean how did holding on to the old horse thing go?
Stop looking for the perfect solution I say and just move forward. In life it’s always better to be part of the solution rather than the problem. Let’s think of innovative ways to solve problems as we move to a better cleaner future rather than sabotage and procrastinate'