The much awaited Polestar 3 EV – the second series production from the Volvo offshoot - has made its official debut. 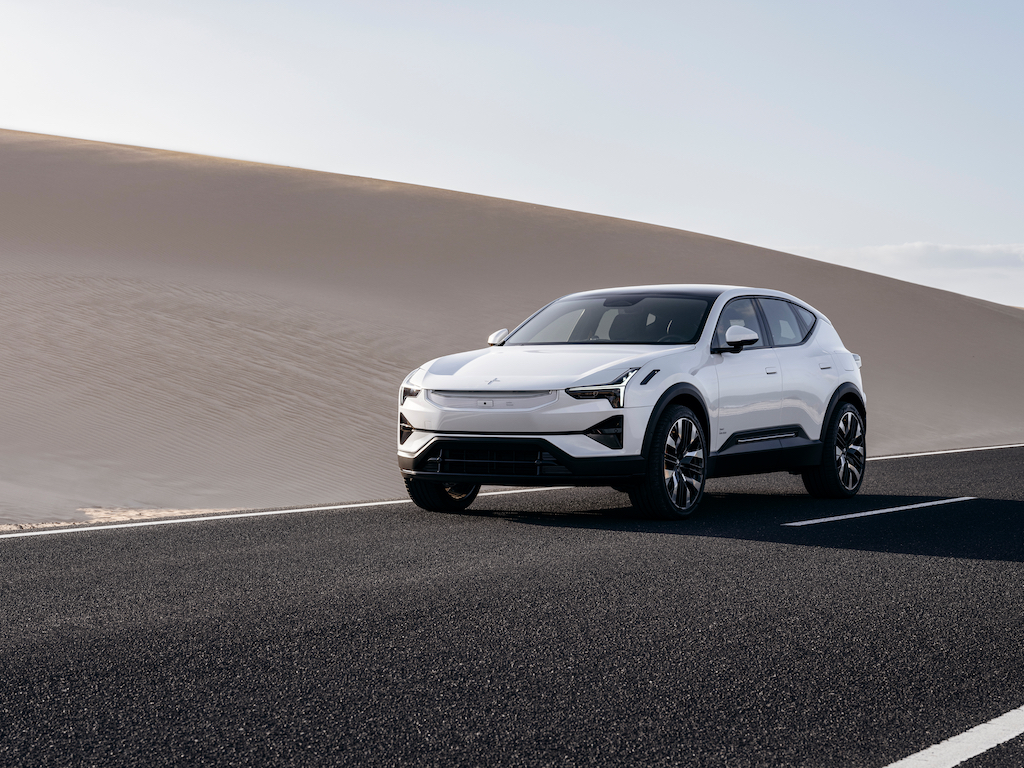 This is the first SUV from the marque and makers say it will  “define SUVs for the electric age”.

Sharing its platform with the forthcoming Volvo EX90, the newcomer will rival cars such as the BMW iX and Audi e-tron.

The 3 will arrive in a long-range dual-motor variant, rear-biased for power and producing 489hp or 517hp with the Performance Pack.  The 0-62mph time is said to be 5 seconds, or 4.7 with the optional pack, while the 3 comes with standard dual-chamber adaptive air suspension that can be electronically adjusted once every two milliseconds.

Its 111kWh battery pack provides the Polestar 3 with an anticipated driving range of up to 379 miles.. The battery is also equipped for bidirectional charging, enabling future potential for vehicle-to-grid and plug-and-charge capabilities.

It’s so quiet in an EV that having the proper sound system makes the driving experience that much more attractive...just take the new Polestar 3!

No ordinary ‘Ghetto Blaster’ for its owners. No!

Step into the latest Polestar and the musical magic produced by ‘Bowers and Wilkins’ who are doing to cars what Bang & Olufsen, the Danish high-end consumner electronics company did for home stereo systems, is there for all to hear!

The Series Three Polestar  - it’s built in China - just had to be that bit special in its audio department.

But how do you get 25 speakers into a medium sized car?

Now, here’s where we get a bit technical – some would say ‘Geekie’ but you just have to sit back and relax and take this in...IT’S IMPORTANT!

According to Bowers and Wilkins…

With 1610 Watts of power and 3D Surround Sound and Dolby Atmos® capability – loudspeakers fitted high up in the interior of the car, immersing the listener in sound. The audio system in the new Polestar 3 offers an unrivalled in-car listening experience that is accurate and true to the original recording, a Bowers & Wilkins philosophy known as True Sound.

Tuned by the engineering team responsible for the iconic 800 Series Diamond loudspeakers found in Abbey Road Studios and many other world-famous recording studios, the Bowers & Wilkins audio system was developed in partnership with Polestar from the ground up, ensuring optimal speaker positions for the best possible sound.

Complementing the car’s uniquely modern interior, bespoke stainless steel speaker grilles offer the perfect combination of audio transparency and beautiful design. The system also includes a range of preset sound stages to transform your listening environment, including a mode that replicates the listening experience of the famous Gothenburg Concert Hall.

Headrest-integrated speakers allow for targeted navigation instructions, while a smart microphone system allows the driver to answer a phone call without interrupting the music listening experience of the Polestar 3’s other passengers.

Seven Continuum™ cone midrange speakers are found in the dashboard and front and rear doors, giving a true and authentic recreation of voices and instruments for all occupants in the cabin. In addition, there are four long-throw woofers in the front and rear doors and a total of eight full-range speakers: four in the headrest and four in the ceiling above the seats, plus a 250 mm Fresh Air® subwoofer in the boot.

Superior sound and precision are at the heart of the Bowers & Wilkins Surround Sound System in the Polestar 3.

About Bowers & Wilkins
Bowers & Wilkins, founded in the U.K. in 1966, has been at the forefront of high-performance audio technology for more than 50 years. It designs and manufactures precision home speakers, headphones, custom installation and performance car audio products that set new standards for innovation and sound quality, earning countless awards and accolades from the world’s leading

recording studios and musicians. Bowers & Wilkins’ reputation is based on the unwavering pursuit of the best possible sound and an unsurpassable music listening experience. Bowers & Wilkins joined the Sound United LLC family of brands in 2020. Learn more at www.bowerswilkins.com.