Leaving the ICE age behind. The future is electric

A survey of 4,489 electric car drivers has revealed that in light of (or in spite of) rising energy costs, if they had the choice all over again, 83% would still choose to have an electric car. Just 8.5% said that they would not choose to go electric again, whilst 8% were undecided. 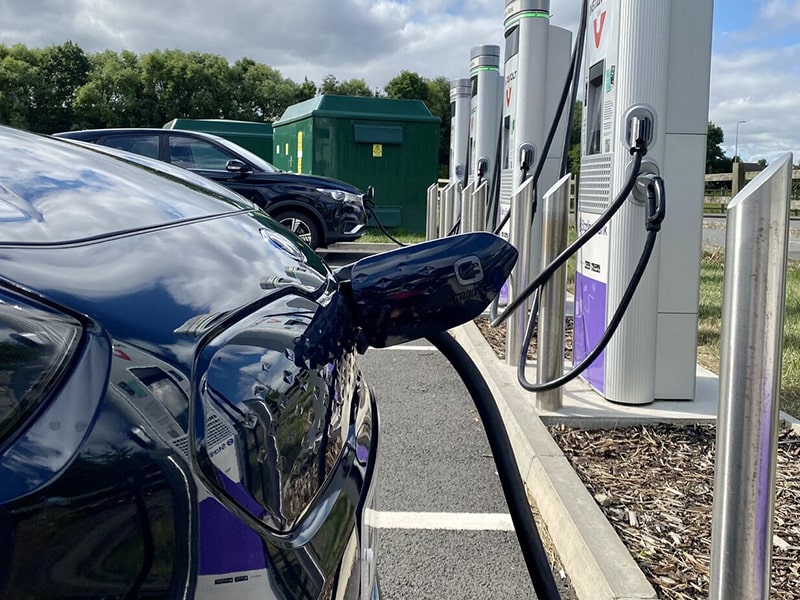 Many of the comments are both encouraging and illuminating. As one respondent commented, “It’s not about costs (albeit a nice bonus) it’s about better tech, and responsible driving.”

And even for people without access to off-street charging, it can be far cheaper to drive an electric car with one respondent saying, “Absolutely would stick with EV. We can’t home charge easily but a nearby supermarket still has a FREE charger.”

And whilst cost is still a driving factor for many, other considerations come into play as well. For example, one person remarked, “The answer is an easy yes. The instant torque is addictive”.

Clean air and zero tailpipe emissions are also a recurrent theme in the comments – “Even if electricity worked out more expensive I would still choose an EV. And so far, it is still about one third the cost of my previous diesel car.”

There are now over half a million electric cars on the roads in the UK, and with the Government committed to ending the sale of new petrol and diesel cars by 2030, the upward trend in battery electric vehicles (BEV) sales is only set to continue. However, electric cars are still only 1.3% of the total car parc. Whilst sales of BEV continue to outstrip diesel, uptake across all vehicle types has slowed in recent months due to global events exacerbating supply chain issues, and the cost of living crisis. And of course, the energy crisis has emerged as a perceived threat to the attractiveness of electric cars, with the cost of public charging (understandably) hiking upwards.

Encouragingly though, another recent survey reveals that electric car drivers are in for the long road ahead, with 61% saying that the decision never to go back to a petrol or diesel car was immediate, once they made the switch to an electric vehicle (EV). Of the 1,039 EV drivers that responded to this poll, 18% reported that they made the decision never to return to an internal combustion engine (ICE) vehicle after a few days, 11% after a week or two, and 10% within one year. In fact, according to the comments, some EV drivers had decided never to go back to ICE even before taking delivery of their electric car (myself included).

Let’s unpack the reasons why.

The drive experience of electric cars stands out as one of the reasons, with one respondent noting that their mind was made up on the test drive, saying “It was just sooooo nice to drive” And for someone else they said, “First taste of instant acceleration at a set of lights.”

Test drives have a lot to answer for as well. I’ve been involved in hundreds of EV test drives over the years, and without exception people emerge from that first go in an electric car with a big smile on their face. As one survey respondent says after their first electric test drive, “I’ll be honest, I didn’t want to give them the keys back.” And one of my favourite comments sums it up perfectly. “It took the first 3 meters [sic] not minutes! to decide not to go back to an ICE car.”

Costs are naturally a key factor. We know from LV= research that 45% of people are put off buying an electric car due to higher upfront costs, so it’s encouraging to see that the costs can stack up with an EV. As one commentator puts it, “I had done my research and it worked out quite a bit cheaper than running diesel. Maths were simpler for me though as I had free charging at work.” Someone else comments that they bought their electric car “partly for the idea I’d save some money. Keeping for all the other benefits – responsiveness, cooling/heating before you get in (invaluable in recent weeks), charging at home (I know not everyone can) and just generally super easy to live with.”

The LV= Electric Car Cost Index found that running costs are 47% lower for EVs, with seven of thirteen electric cars that were compared with their petrol or diesel counterparts better value over a four-year lease term, and all thirteen better value over seven years of outright ownership. It certainly pays to look at all of the costs involved – from purchase (or lease) cost, to charging or fuel, maintenance, insurance and charging.

Going off-piste a little, one comment that offers great insight into how driving style impacts range is worth a mention: “I have 2 x 2015 electric vehicles and the batteries show no signs of degrading. I think as you get better at driving them you cancel out the degrading. My Peugeot Partner Van had 50-mile range when I picked it up – it now shows 89 miles 1 year later (the previous owner floored it).”

It’s not all rosy, of course. There are people who have gone back to petrol or diesel, with public charging costs and reliability of charging infrastructure cited as reasons why.

If you are concerned about public charging infrastructure, take a look at this charge point map to see just how many there are. With around 35,000 public chargers, over 300,000 home chargers, and in excess of 20,000 workplace chargers, although not perfect, charging infrastructure is getting better all the time. The critical thing is that as roll out continues at pace, we need the right speed of chargers in the right locations, in the right numbers – they need to work, be accessible to everyone, safe, easy to use, with pricing transparency and clear signage so they’re easy to find.

As an electric car driver myself, and dedicated smart home charger, like many other EV drivers I do the vast majority of charging at home, overnight. This means that I can fully charge my car for as little as £5, if I do all of that charging off-peak when the rate is just 7.5p/kWh. The range of my Kia e-Niro is around 280 miles (real-world), which is enough to cover 95% of my journeys. I occasionally charge when I’m out and about. There have been moments of frustration when a charger doesn’t work, but I know by now to plan ahead and have another charge point option up my sleeve for those ‘just in case’ moments.

To sum up then, for the vast majority of EV drivers there are zero regrets. Electric cars offer lower running costs and the convenience of waking up to a full battery whenever you need it (if you can charge at home), a great drive experience, and zero tailpipe emissions for a cleaner air quality future.