Charge to the Circle 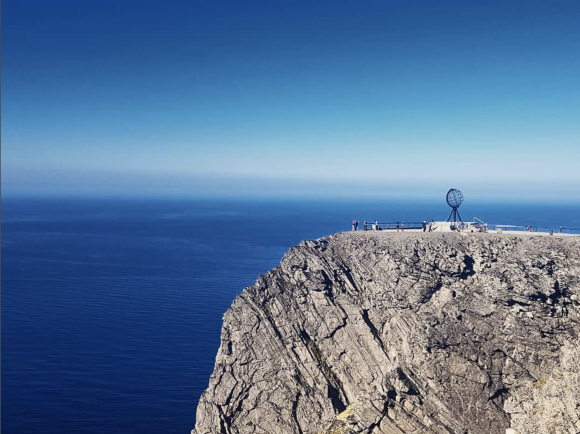 In July 2018 our team of 6 adventurers travelled from the UK to Nordkapp, the most Northern point in Europe, and back again in four different electric cars: A Signature Edition Tesla Model S with 250,000KM on the clock, a BMW i3, a 30kW Nissan Leaf, and – our curveball- an 8 year old Tesla Roadster.

The 10,000km journey was undertaken to promote the uptake of electric vehicles, as well as create a dialogue about climate change and the dangers facing the world’s oceans.

Along the adventure, we set ourselves four important tasks:

Most of today’s plastics are made from the hydrocarbons that are readily available in natural gas, oil and coal. Around 10 million tonnes of plastic enter the ocean each year as waste and the estimated amount of microplastics floating in our oceans is equal to the amount of 1,300 blue whales. 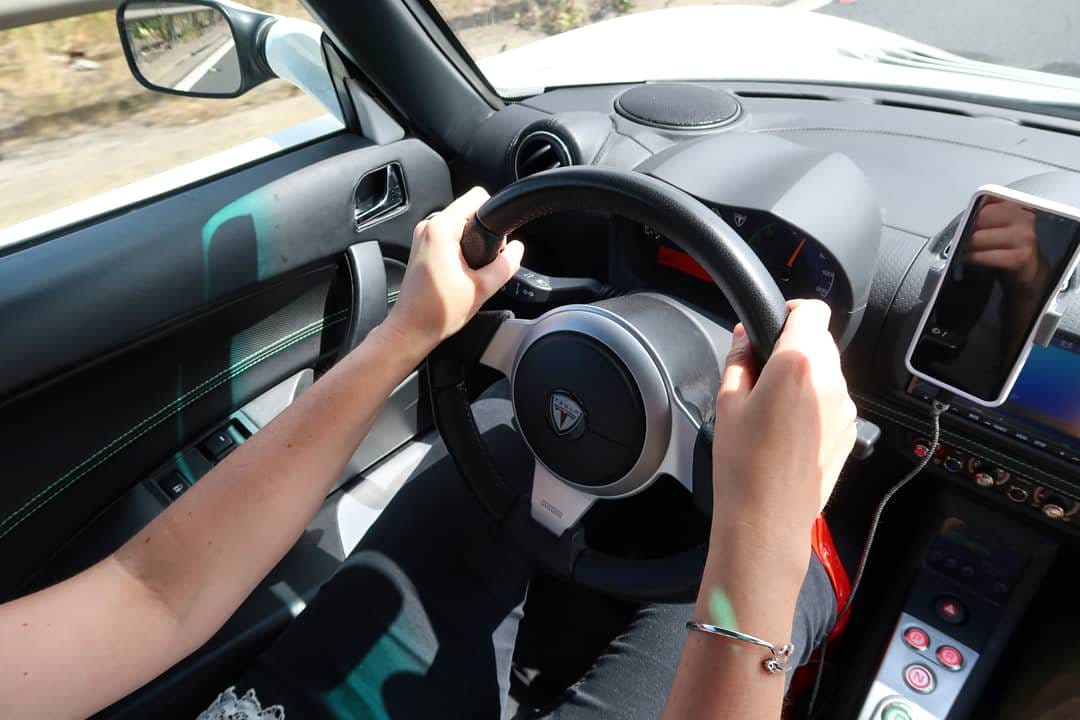 Although the journey to Nordkapp has been traversed before, mainly by Tesla owners (the Tesla Supercharger network stretches nearly all the way up the Western coast of Norway), attempting to do this journey with four completely different cars was a big strategic puzzle if we wanted to all arrive at the same camping stop each night. 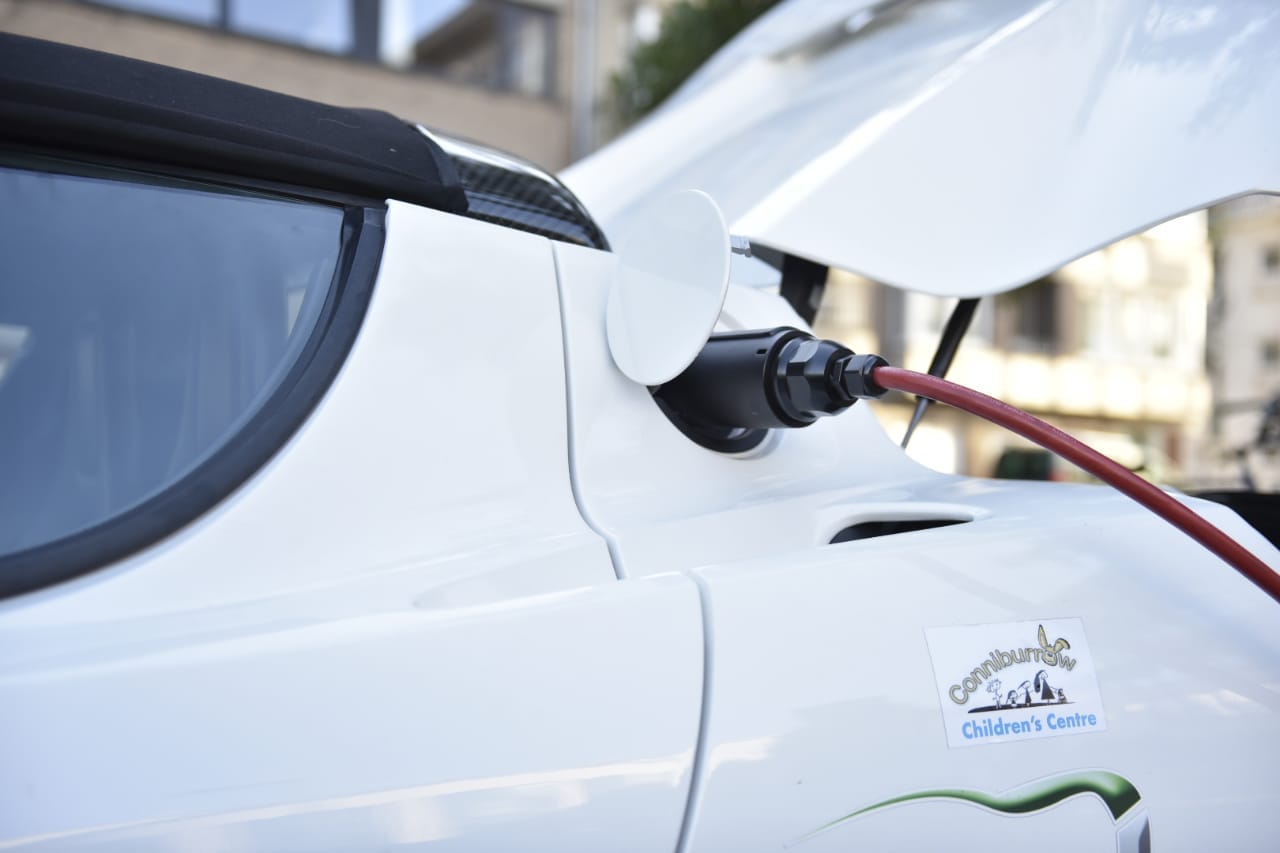 The Roadster is unable to use Tesla Superchargers and therefore was the most awkward and slow car of the four to charge. The ideal strategy involved sending me in the Tesla Roadster ahead as quickly as possible at the start of a driving stint, as I squeezed every last km out of it that I could, then I would arrive at a Type-2 charger (using the charging adaptor) and settle down for a long while as the others caught up. The Leaf and the i3 would hop from charger to charger, often playing relay with each other, whilst the Model S would zoom ahead, checking out potential charging stations for issues and reporting back. 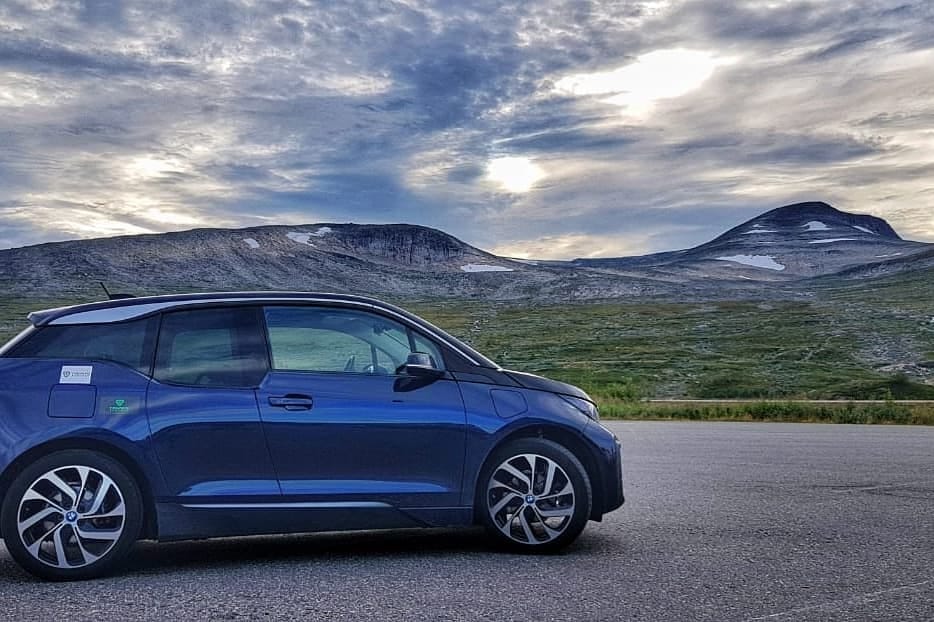 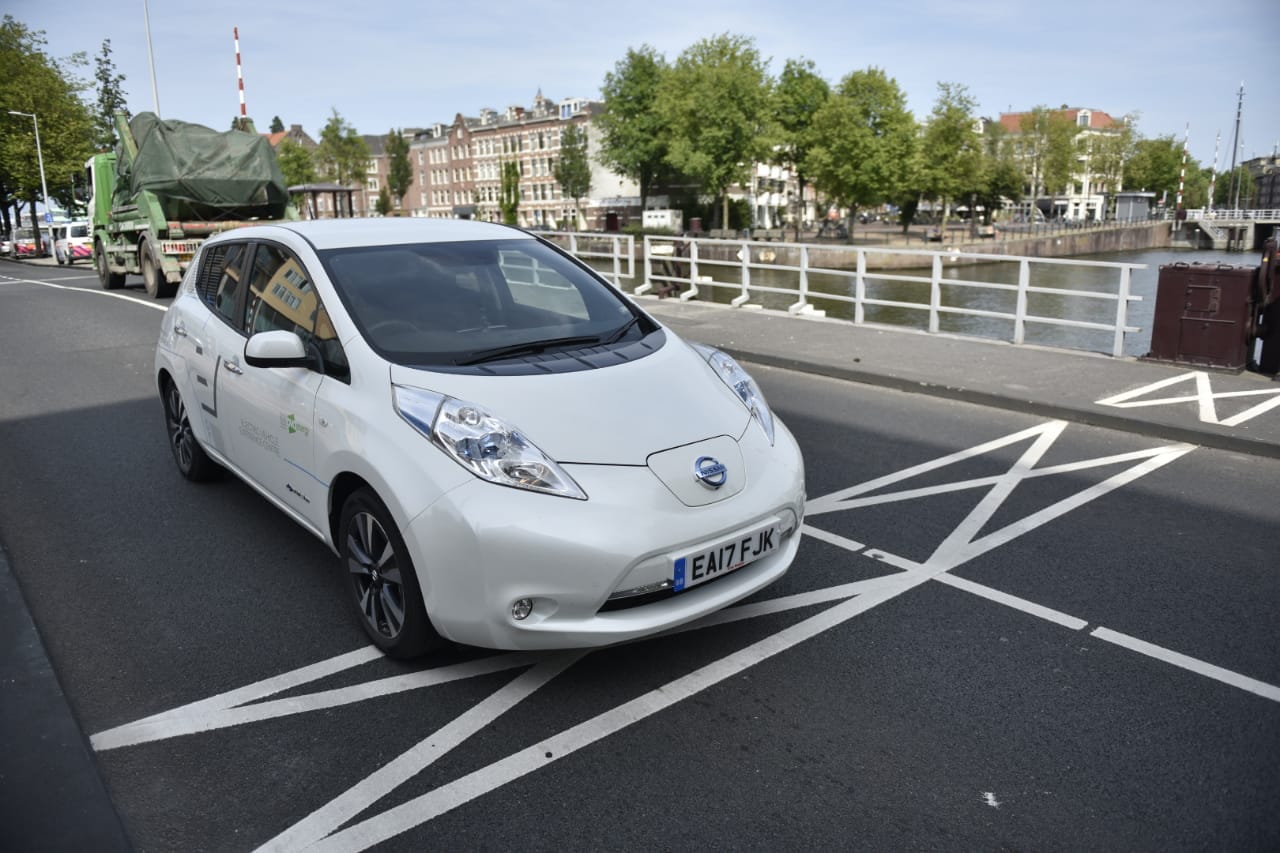 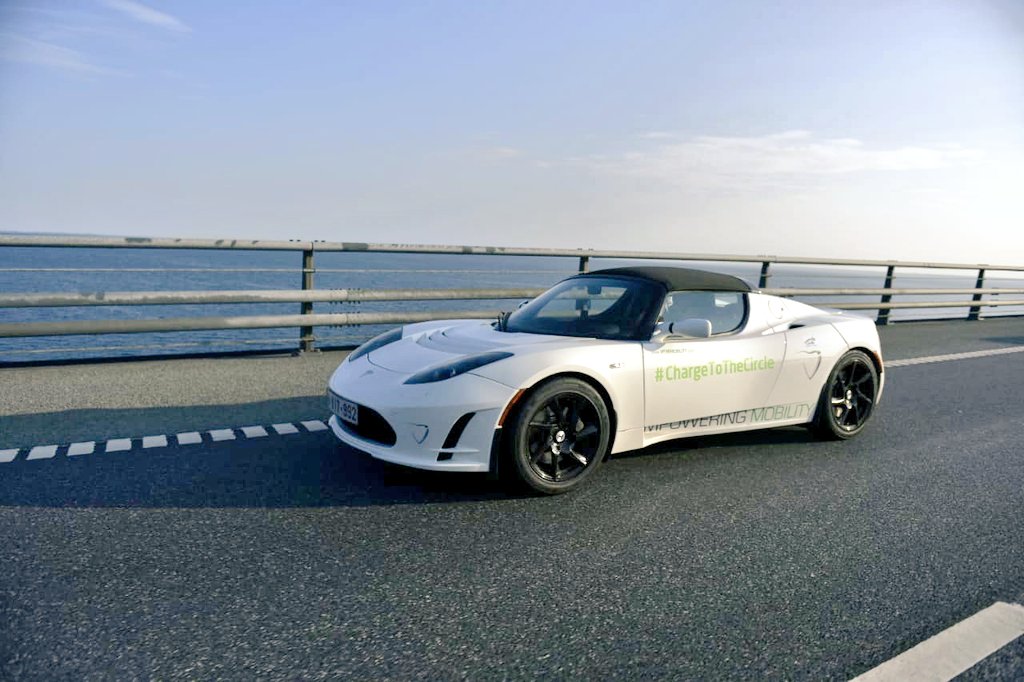 Of course, it wasn’t always that easy, especially as the roads became increasingly mountainous, with huge ascents and descents. Plus, chargers became less and less frequent as we got further North, hitting national parks with total charging deficits. Some extremely economically driving was required.

Kicking off in Bristol in the UK with a harbour clean-up in partnership with Project Aware, we traversed a total of 8 different countries: France, Belgium, The Netherlands, Germany, Denmark, Sweden. 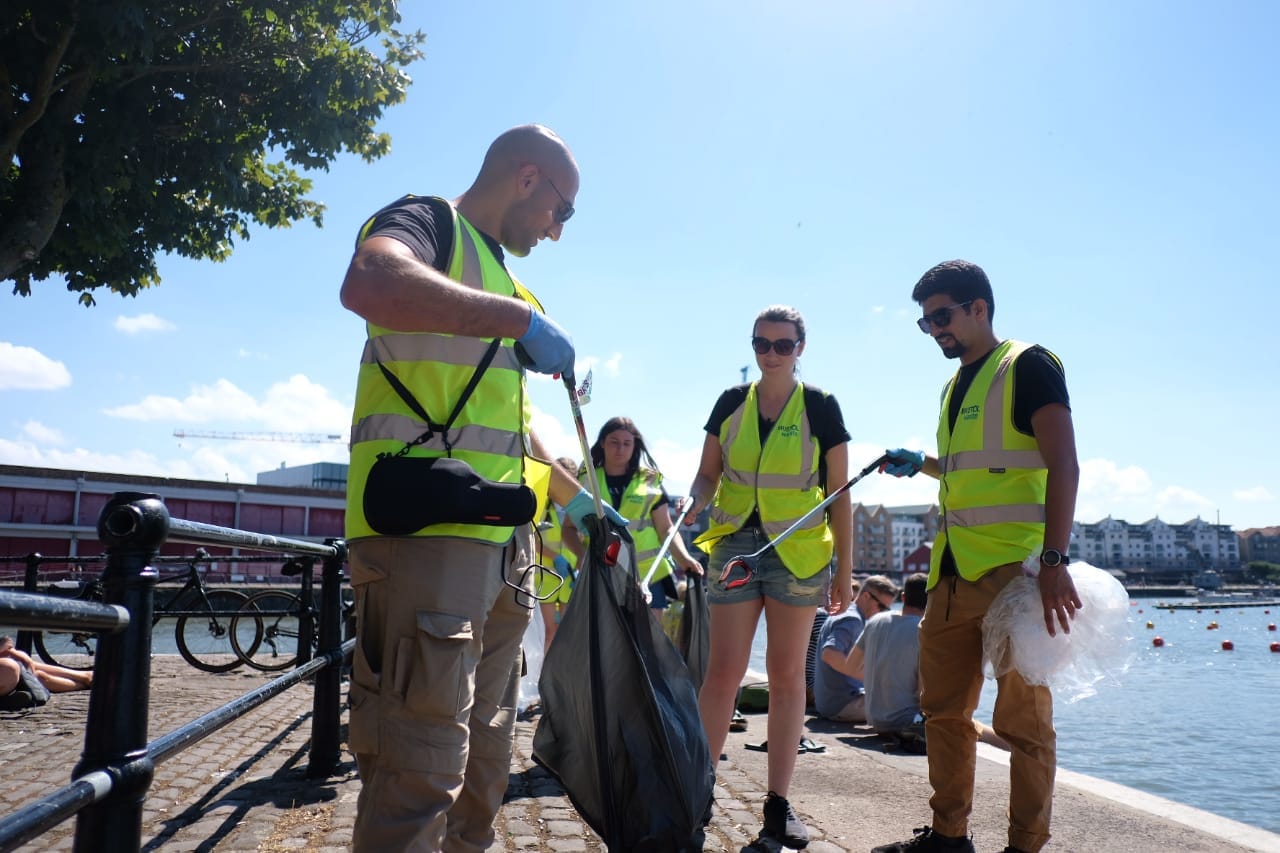 However, the majority of the time was spent in Norway, working our way up and down the beautiful reindeer-filled roads that cut through forests, bridge fjords, tunnel through cliffs, and snake over mountains. Driving silently through beautiful natural scenery is a wonderful experience that has been enabled by electric mobility. It was incredible to witness the way the nearby Norwegian wildlife- birds, reindeer, moose, rabbits- reacted to our silent parade with indifference.

We even managed to visit classic Norwegian scenic routes, with Trollstigen and the Atlantic Road surpassing all our imaginations and (thanks to regeneration) our range expectation. 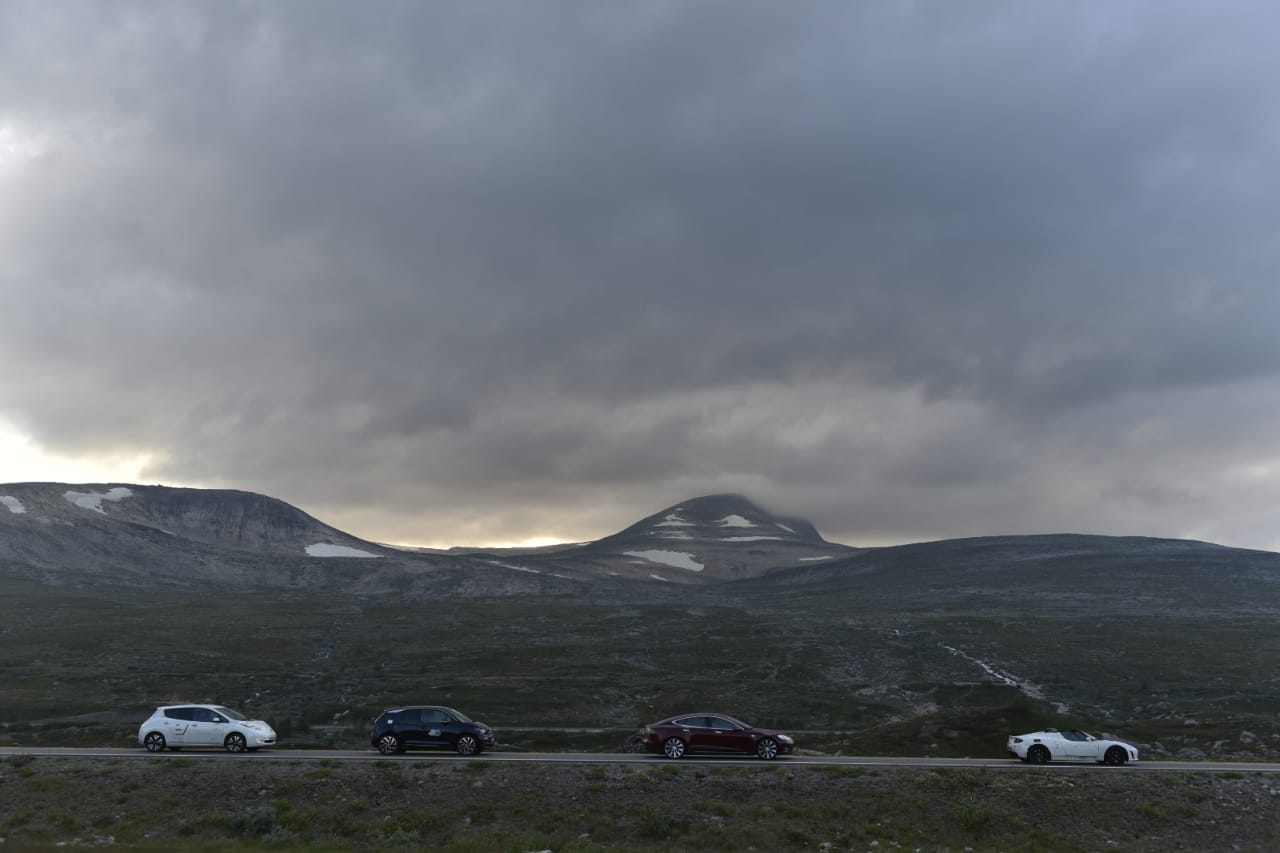 In fact, Norway was a constantly beautiful revelation, with 24-hour daylight and temperatures of 30 degrees. We kept expecting the temperature to drop as we climbed higher and higher, but the relentless heat continued even as we reached the Arctic Circle. Locals told us the temperature was more than 10 degrees above average, and suddenly the beautiful weather turned into a frightening vision of our future.

Reaching Nordkapp (71°10'21'N) on July 31st 2018 was a meaningful moment. The sky was cloudless, melded with the sea that stretched out endlessly from what felt like the tip of the world. It was also the last day of scorching heat that we experienced before the sky finally broke and we battled vicious arctic storms the whole way down.

26 days later, I arrived back at our starting place in the Tesla Roadster. I had gained an even greater appreciation of the capabilities of electric cars. 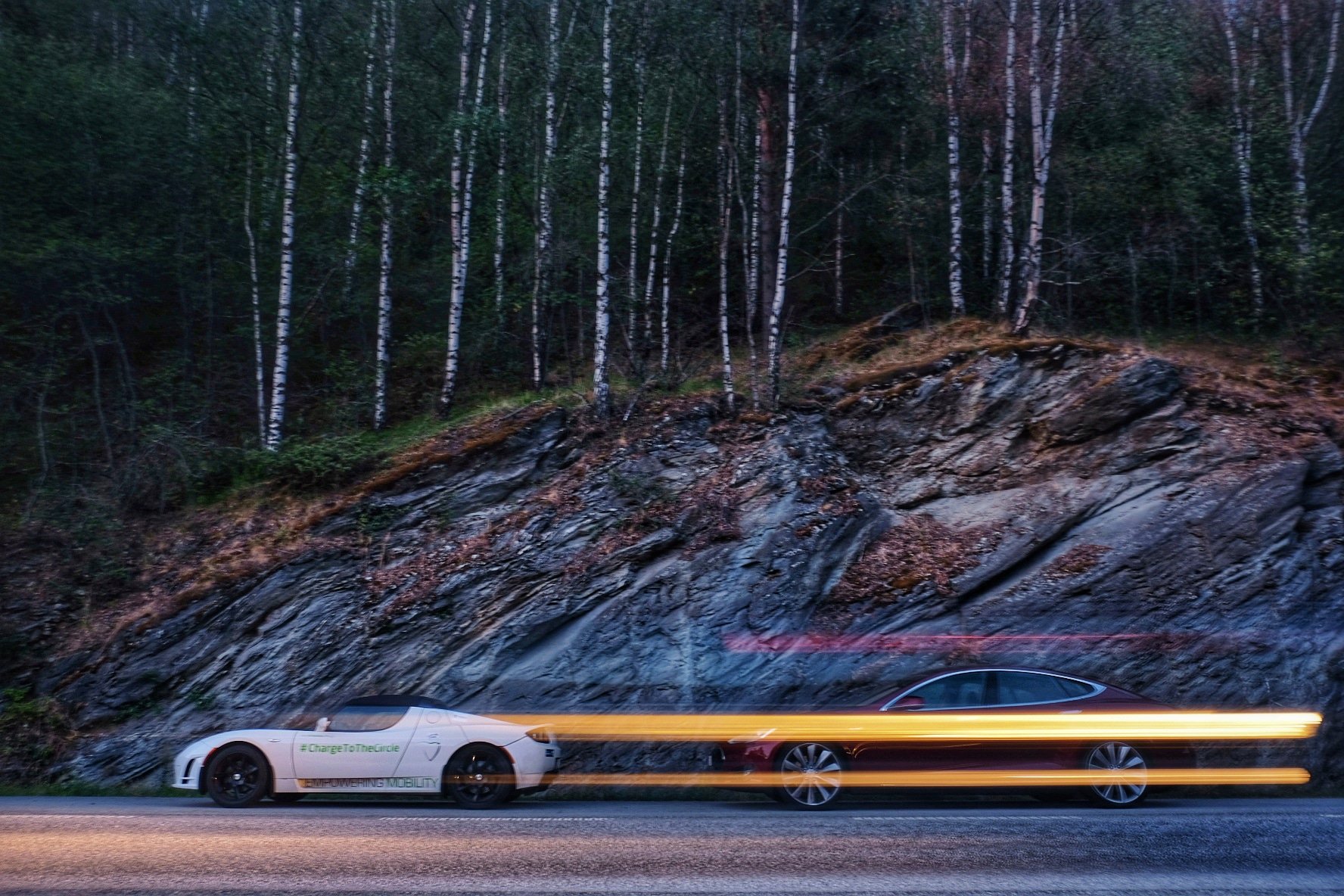 We gained astonishing insight into the strengths and weaknesses of all the cars, and also of the electric car charging infrastructure in each of the eight countries we visited. Being in Norway as an EV driver was a fascinating study, as they are so far ahead in terms of adoption, and quality of infrastructure.

I was relieved to have engaged in so many positive conversations surrounding electric vehicles, as well as partner with some incredible Ocean Awareness organisations in order to get the general public to join us at beach and harbour clean-ups. Having us with the cars at these events really helped people connect the dots between fossil fuel and oil spills, plastic pollution and the effects of CO2 emissions on our planet.

It’s hard to say what my next adventure will be. As electric cars become more commonplace and can travel further, long distance adventures become less relevant.

However, I still think we have a long way to go and a lot of education is needed to help people to understand the important crossroads humanity has reached.

The problem with reaching a crossroads is that many people can choose to take the wrong path and in order to secure a sustainable or even liveable future, we need to all work together.

Until that point, I guess I will keep adventuring with purpose and exploring my own sustainable lifestyle, as well as promoting how vital the uptake electric mobility is for our planet’s future. 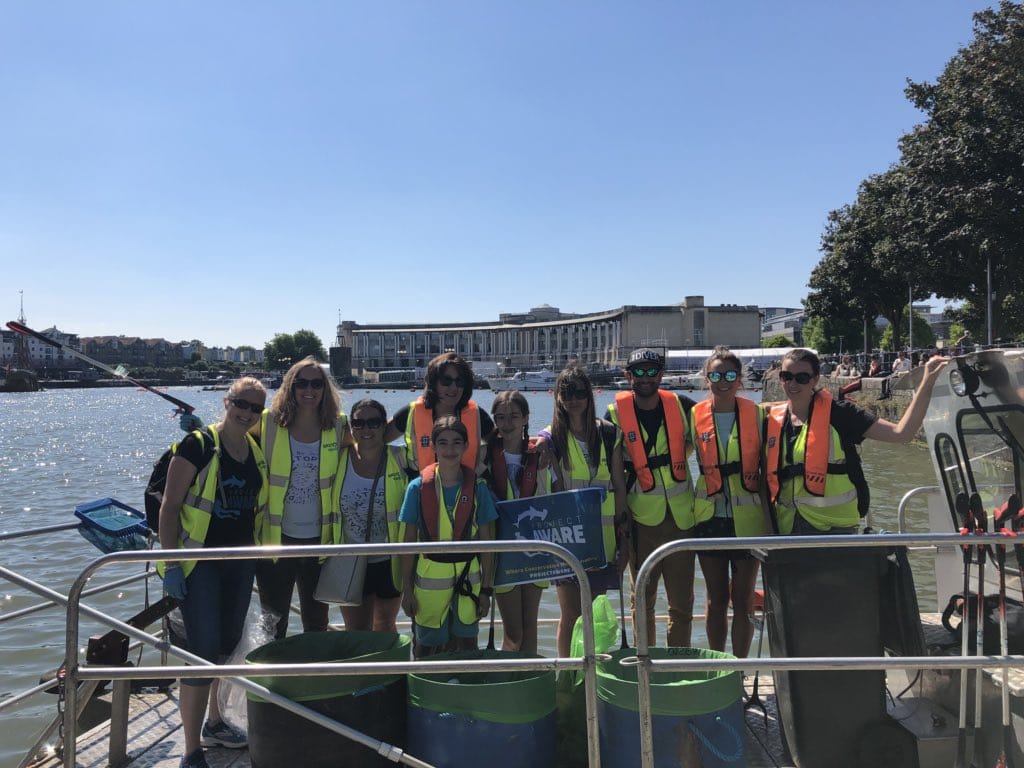