Bond and Bardot were early lovers of this one!!!!

Designed in the early 1960s by Sir Alec Issigonis, the father of the Austin Mini, the Mini Moke quickly gained cult status in the French Riviera, Australia and the Caribbean. James Bond and Brigitte Bardot were both early converts. 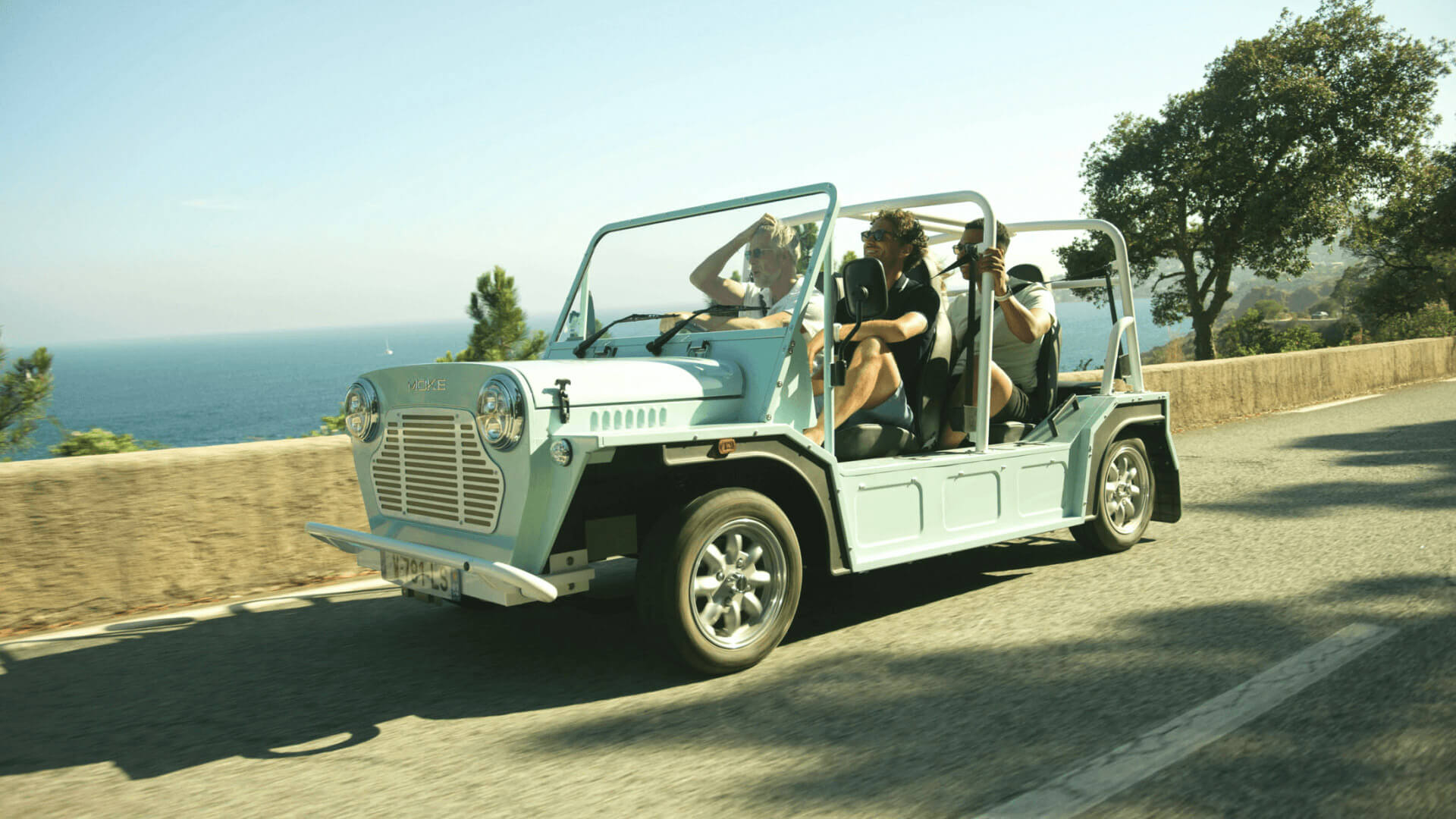 The new Electric MOKE is, quite simply a continuation of the 1964 Mini Moke, which quickly became a global icon and an enduring symbol of the swinging 60s after being seen in the hands of celebrities including The Beatles and Bridget Bardot in glamorous locations like the French Riviera and the Caribbean.

The new vehicle replaces the combustion engine version of the MOKE which makes MOKE International the first heritage brand to go fully electric.

By reinvigorating the MOKE as an electric vehicle, MOKE International has brought the world-famous road and beach car into the era of e-mobility, ensuring generations to come will be able to enjoy the sense of fun and freedom that made it such a hit with famous faces, travellers, and coastal resorts six decades ago.

Moke's current management team will be retained as part of the deal and the company remains on track to start delivering its electric Moke recreation – built by Fablink in Northamptonshire – to customers in the coming months, having started deliveries of a petrol-powered continuation-style car last year.

Speaking to Autocar in the wake of the announcement, EVTG CEO Witvoet explained his motivation for taking on the brand: "I'm a massive petrolhead – I love cars; I love racing them – but I realise we need to make the transition to EVs.

Based on the original Moke, but without doors and without many optional extras, the Austin Mini Moke was marketed in the UK as a VAT-exempt, utilitarian vehicle. However, despite this advantage and its appearance in the British television series “The Prisoner”, the Austin Mini Moke only sold 10% of the 14,518 units produced and the Longbridge plant ceased production of the car in 1968.

Moke International – the British firm behind an 'electro-mod' version of the open-sided Mini beach car from the 1960s – has been acquired by the newly formed EV Technology Group for $55.1 million (£46.2m).

The move sees EVTG – led by Dutch entrepreneur Wouter Witvoet – take a 65% stake in the low-volume Buckinghamshire-based brand, with the option to claim all of the remaining shares.