Lots of people new to EVs often get confused by the acronyms and terms, while many long-time EV drivers see unfamiliar ones and can be puzzled by what they may mean. Here with EVA Scotland I’ve decided to share my most up to date list along with a few others that EVA Scotland have added already.

Nick Raimo  sets out some of the terms and acronyms in the EV world.

Much the same as an HEV but as the name implies, you can charge the batteries by, plugging it in.  Electric range for these vehicles varies from 10 to 50 miles on electric power.

In the strictest terms, these are Hybrid Electric Vehicles, as the fuel cell operates as a series power source for a battery or capacitor that in turn supplies the motor.  The size of the battery varies and they can also appear as Plug in HFCEVs.

Any vehicle that emits no pollutants from its power source at the point of use.  BEV and cycles are ZEV, while HFCEVs do emit water, they are generally considered to be ZEVs.

The same as supplied to your house.  AC chargers come in different power levels, from 2.5kW up to 43kW.  When connecting to an AC charge point try and use one that is a similar power level to the charger on your car.  See also EVSE.

A unit for measuring energy.  BMW represents the battery size for the i3 in Ah.  Makes it harder to compare to others.

A fun message that can appear on the dashboard in orange box on a Renault Zoe.  Frustrating, but not dangerous. Can sometimes be linked to a low 12v battery state or an earth value outside the Zoe's comfort zone.

Responsible for protecting the vehicle battery, ensuring safety and longevity.  Works with the EVSE to control charging.

A means of learning more about what is going on with your Zoe.  Used with an OBD2 dongle.

Literally "Charge de Move" but it is a pun in Japanese for "Time for a cup of tea while charging." Uses CANBUS (Controller Area Network) communication, used in Vehicle to Grid V2G applications.

Any location equipped to supply power for charging an EV.  See EVSE 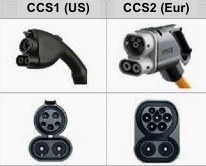 The kind of current that a battery provides.  DC chargers such as Rapids and DC Fast convert AC current to DC and supply directly to the battery during charging.

This is any infrastructure that supplies electric power to recharge an EV.  Mode 2 includes the Granny Charger, an inline 'brick' that allows you to connect the car to a normal household socket.  Mode 3 is a dedicated unit that requires purpose made leads and connectors and can supply up to 43kW three phase AC.  Mode 4 is DC charging.

For some it is a more visually appealing installation at home, for others, less convenient.  Most public AC chargers fall into this category.

Accuracy may vary based on driving style, weather and terrain.

A ubiquitous term for a Mode 2 charger, allowing you charge from a domestic socket anywhere. Typically 2.5kW but some specialist units can deliver 22kW from a suitable outlet. 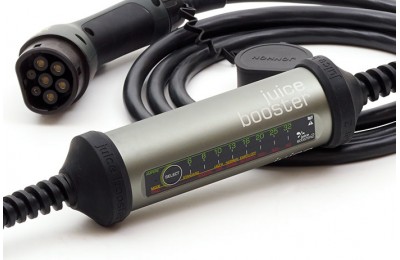 Inefficient conversion of hydrocarbons or other fuel to motion and heat.  Mainly heat.

The term for an ICE vehicle obstructing access to a charge point.

A less efficient, but effortless way of charging.  Just like a phone.  See also J1773, but will use ground mounted hardware and no cables.

As defined by the Society of  Automotive Engineers.  Also known as Type 1 or Yazaki

Used on the GM EV1 and a few others, you can see it 41 minutes into the movie Gattaca.

1000 Watts.  This is an SI unit of power, used for kettles, motors and lightbulbs (and everything else).

Exactly the same as the units on your home electricity meter.  1 kWh is the value for 1kW being delivered for 60 minutes.  Most vehicles have their battery capacity expressed in kWh.  See also Ah.

Uses an OBD dongle that connects to the OBD2 port to show you more techie detail and change some settings.

Standard protocol for communicating with your vehicles onboard diagnostics.

The protocol that a charge point uses to communicate with the back office function.  Ensures that a common platform allows interoperabilty between manufacturers and networks can exist.  Exceptional forward thinking.

Uses the motor to generate electricity which is then transferred back into the battery.  This is why pads and disks on EVs can last a long time, as they don't need much use.  Tip: brake hard now and again to help prevent the disks from corroding.

This is an engine which is used with a generator to recharge the battery which then powers a motor to turn the wheels. A series Hybrid Electric Vehicle.

All Mode 4 devices are tethered, with many Type 2 home points tethered for convenience.  Many public Type 2 ( Level 2) points in America are tethered, also common in Europe.

The current charge level of the battery, not necessarily the available capacity.

The current health of the battery pack in terms of capacity, this will degrade over several years.  A relative term, defined by each manufacturer.

The EU standard plug and now fitted on all EVs manufactured in the EU. Only Tesla has implemented the DC charge capability that the standard supports, as used at EU Superchargers.  Cars have a receptacle(inlet) for a trailing outlet (socket).

Found on some older vehicles.  Won't be coming back.